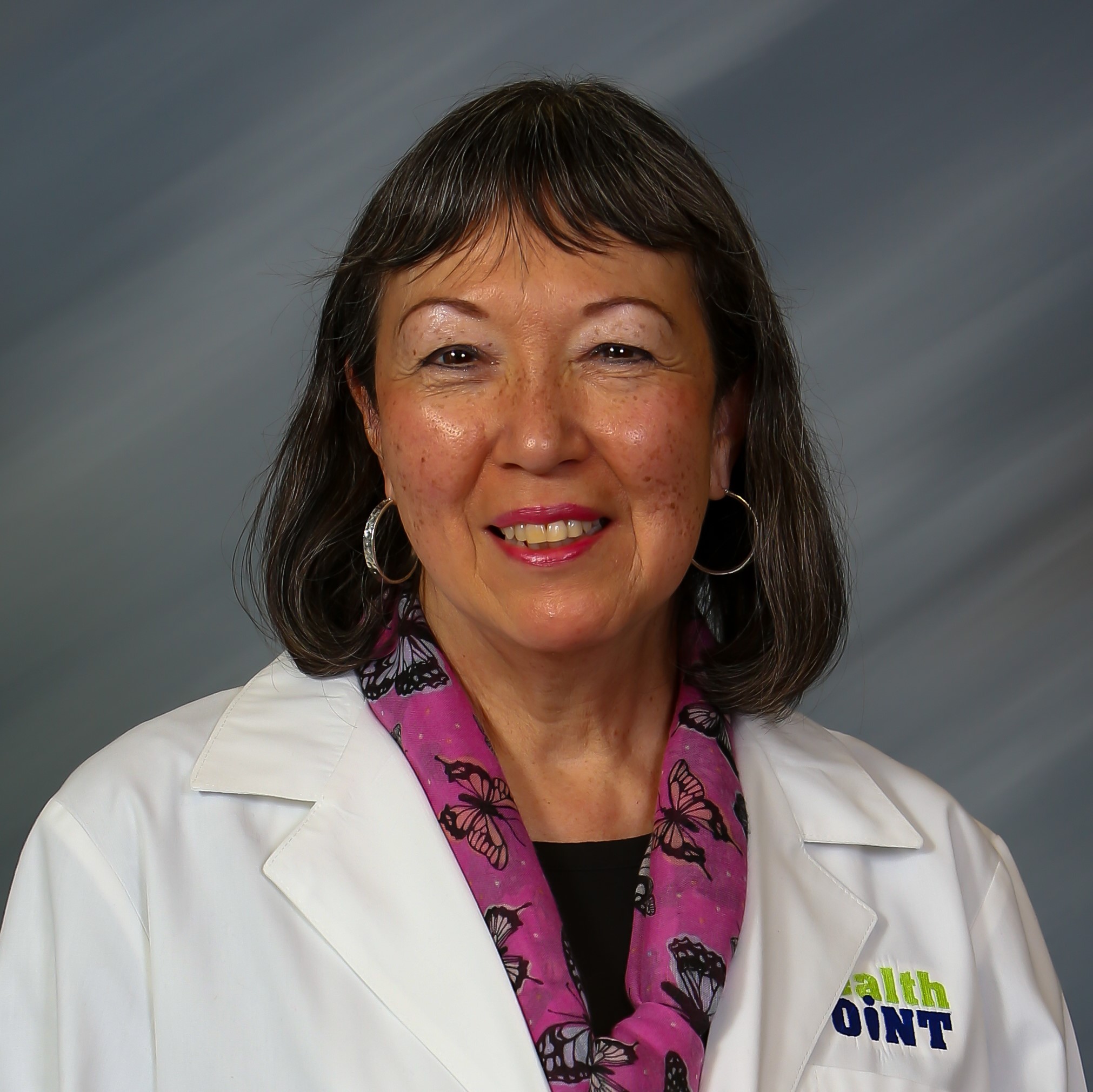 Theresa Fusaro, MA, LPC-S, started with HealthPoint in January 2022.  She provides counseling to all age groups and serves patients in Madisonville and through TeleMedicine Visits.

As a child, Theresa grew up in Japan, Chicago, then Hawaii, where she graduated from high school and began college.  She was blessed to move to Huntsville, Texas, and received her BS in Psychology, and MA in Counselor Education, from Sam Houston State University.

Theresa became licensed as a Professional Counselor while working in a private practice, Cornerstone Mental Health Associates, where she worked mainly with children for 14 years.  During that time, she began seeing their clients in the schools in Trinity.  Then for nearly 16 years, she worked for the SAAFE House, a family violence center in Huntsville, counseling mainly women and child victims of abuse.  Again, she had the good fortune of seeing their clients in the Trinity schools, Livingston, Coldspring, Onalaska, New Waverly, and Huntsville. She feels like she’s really a part of the community in Madisonville.

Theresa really enjoys offering school-based therapy and hopes to be able to do this at HealthPoint. She sees this as the most effective way to reach children is consistently and at the least intrusive times in their schedules. She also tried to find solutions for parents who cannot bring their children to HealthPoint during the day.  Also, she is eager to work with people of all ages and with most behavioral/emotional issues to enable a person to become healthy and whole, especially when a team approach is used at HealthPoint.

She says that working at HealthPoint has provided her with benefits, such as retirement, which she did not have previously, and she gets to do what she loves: counseling!  Outside of HealthPoint, she also supervises LPC-Associates and graduate-level interns to train a new generation of counselors in Southeast Texas.   She loves raising her grandchildren and participating in their activities, such as Girl Scouts and Band, as well as singing in church and community choirs, traveling and camping with her husband and their family.

Request an appointment with one of our Behavioral Health Specialists TODAY!!