Important Information Regarding COVID-19: Our Response, Testing Locations, Where to Get Vaccinated & Updated Visitor Policy 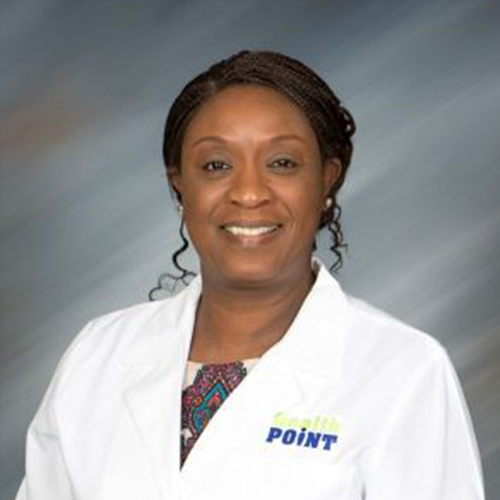 We’re excited to introduce you to your local Navasota provider, Sheena Alegun, APRN-CPN!

Sheena Alegun, APRN-CPN, was born on the pristine tropical Island of Nassau, Bahamas.  There she followed her passion for medicine.  After graduating from high school, Alegun obtained a Diploma in Nursing from Bahamas School of Nursing.  Eventually, she emigrated to the United States, settling first in Florida.  Subsequently, she served as a Registered Nurse where she grew substantially personally and professionally.  Consequently, she applied for and was awarded admission to Florida International University.  There Alegun was awarded a Bachelor of Science in Health Administration (2000).  She followed this outstanding achievement with a Masters in Public Health (2002) just two years later.  Alegun’s passion for growth did not end there.  She continued her education at Capella University earning a Masters of Nursing Science (2015).  And finally, she completed a Post Master Certificate as a Family Nurse Practitioner at South University (2017).

Alegun has worked most of her career in hospital settings.  She has served patients in Medical-Surgery, Orthopedics, Telemetry, Administration, and the Emergency Room.  “It was during my final three years of graduate school that my interest in community healthcare piqued,” Alegun said.  Adding that during her clinical rotations at HealthPoint she witnessed strong bonds formed between patients and their providers.   “It was during those rotations I knew Primary Care was for me,” she concluded. 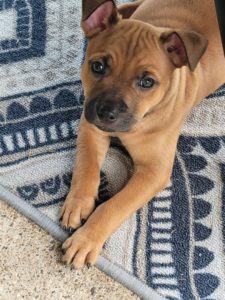 We couldn’t resist including a photo of Ziggy!